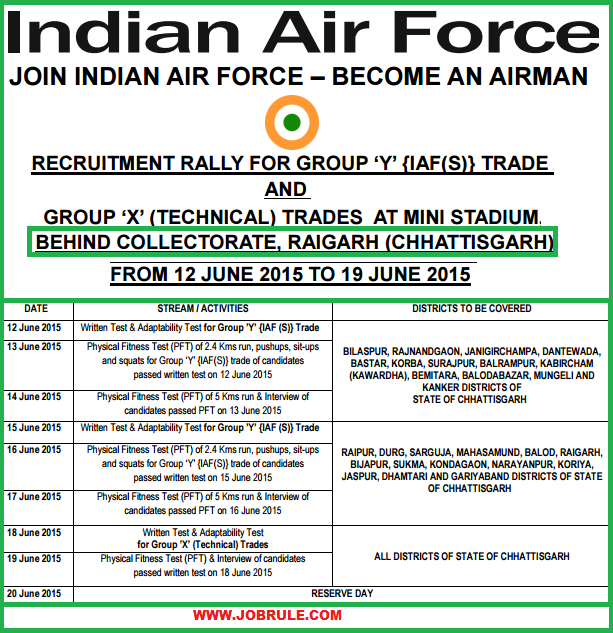 Rally Details (Advertisement):
The Raigarh IAF recruitment test will be conducted from 7 a.m onwards as per details given below. Candidates from respective districts report to the rally venue/location as per schedule to appear the recruitment test. 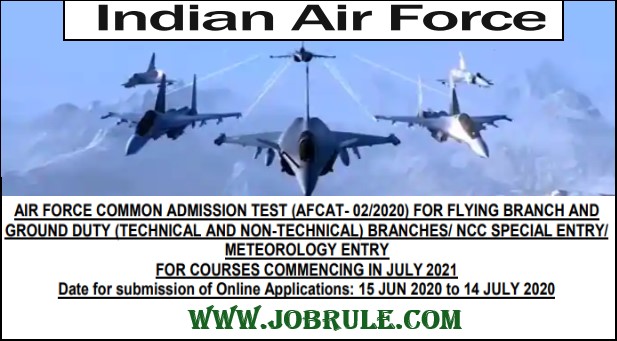