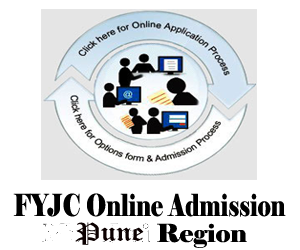 All the Student who were not allotted seats in the FYJC Pune First Merit list 2014 and those students who chosen for the betterment option when confirming their admission earlier , may check online whether they have been allotted a seat (press Note).

If a students have been allotted a seat on FYJC Pune Merit list-II 2014, they should report to the college on 7th Jule and 8th July, 2014 provisional admission by paying a Rs.50 (Fifty Only) fee. Unless the students confirm their admission, their application form no longer be a part of the online system. The Third Final Meir list will be declared on 11/07/2014.