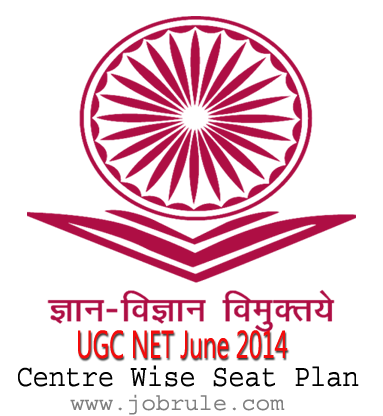 Important Notification from UGC:
As per one of the instruction given by the University Grants Commission (UGC) , National Educational Testing Bureau , New Delhi, vide its letter no F. 15-4 (June-2014)/ 2014 (NET) dated 20/05/2014, it is hereby notified that the candidates who have registered themselves to take the National Eligibility Test for Junior Research Fellow (JRF)/Assistant Professors on Sunday, 29th June,2014 at the University of Madras Centre (Venue Code-36), and failed to submit the hard copies of the application form/ attendance slip to the Coordinating University (University of Madras) whose Roll Numbers are appeared in the separate attachment , are hereby informed that they will be permitted to appear in the UGC NET Examination to be held on 29/06/2014 at the respective sub centers , on the condition that the are required to bring two copies of their Admit Card/Admission Card, one copy of which must be submitted to the invigilator after the completion of the examination.

Check the list of candidates who have not submitted Online Application Form and Attendance Sheet.