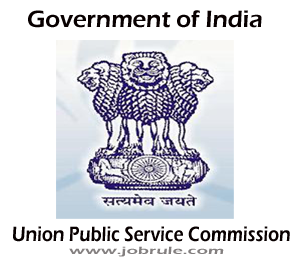 Union Public Service Commission (UPSC) going to Conduct National Defence Academy (NDA) and Naval Academy (NA) Examination (I) 2014 on 20th April, 2014 (20/04/2014) Sunday at 41 different venues through out the country. Those candidates who already applied for UPSC NDA & NA Examination (I) 2014, can download their examination hall ticket/admit card online by clicking below given direct link. Letters of rejection to the candidates stating reason (s) for rejection have already been sent through email provided by the candidates. If any applicant is not able to download his/her examination e-Admit card/call letters , may contact UPSC facilitation counter on telephone numbers 011-23381125, 011-23385271 between working hours (10:00 A.M to 5:00 P.M).

In case photograph is not printed properly on the E-Admit Card , candidates are advice to carry two identical photographs (One photograph for each session) along with proof of identity such as identity card etc and print-out of e-admit card at the venue/centre of examination to secure admission in the examination hall. “Mobile phones or any electronic gazettes are not allow in the examination premises”