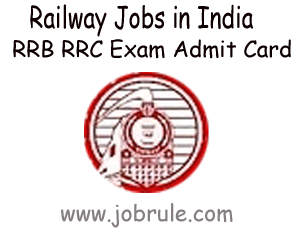 List of provisionally eligible and successful candidates of RRB (Railway Recruitment Board Job) Siliguri NTPC Graduate Category Stage I examinations held on 02.12.2012 & 09/12/2012 . The list of Provisional Successful candidates who are declared qualified in Preli Examination 2013, their roll number given below in the ascending order. Click CTRL+F there after put 14 digit of your roll number to find out (search) easily the ‘selected Roll No.”.
Please Visit here to Get RRB Siliguri NTPC graduate Level Result 2013
The Common Main written examination for all the categories of CEN No.03/2012 will be held on 18/08/2013. The call letters indicating time and venue of examination centre for the Second Stage Common written examination to the provisionally eligible and successful candidates of Stage I examination for all the notified categories in CEN No.03/2012 have been sent/are being sent at the address given in the Application Form by concerned RRBs.
previous article