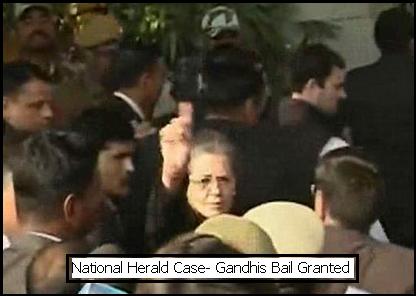 Important Information about National Herald Case :
1. National Herald allegation against Sonia and Rahul Gandhi is they illegally acquired property worth Rs.5000 Cr belonging to the National Herald Newspaper.
2. BJP leader Subramanian Swamy filled the case in a local court in 2012. The trial court had issued summons to Sonia & Rahul Gandhi among in June 2014. But the approached to the Delhi High Court seeking stay . On Monday, Court refused to stay the Summons .
3. Next Date of hearing is February 2016.