Central Board of Secondary Examination (CBSE) Delhi, conducted All India Pre-Medical /Pre-Dental Entrance Test (AIPMT) 2015 on 3rd May 2015. Due to large scale of irregularities including leakage of answer keys, Supreme Court-SC verdict on Monday (15th June 2015) cancelled of AIPMT 2015 3rd May Examination Result. A Bench of Justice RK Agarwal and Justice Amitava Roy also ordered that fresh AIPMT 2015 must be held within four weeks (Order forwared to CBSE). CBSE has to re-conduct the AIPMT 2015 in new date within 4 weeks. 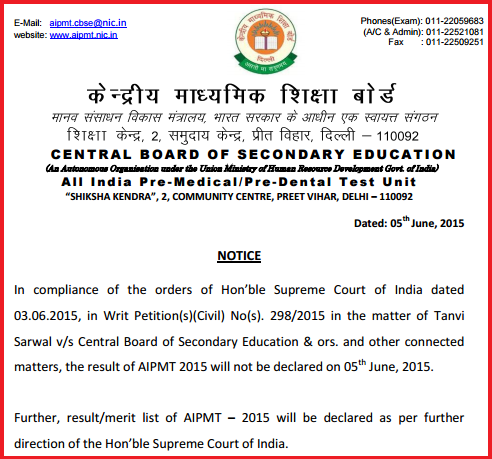